December 2016, and what a year it’s been. Numerous titles switched hands, legends hung up their gloves, and the UFC now has a new owner. With such a tumultuous year coming to a close, and the UFC gearing up for its final event of the year, it’s time to take a look back at the top 3 fighters of 2016. 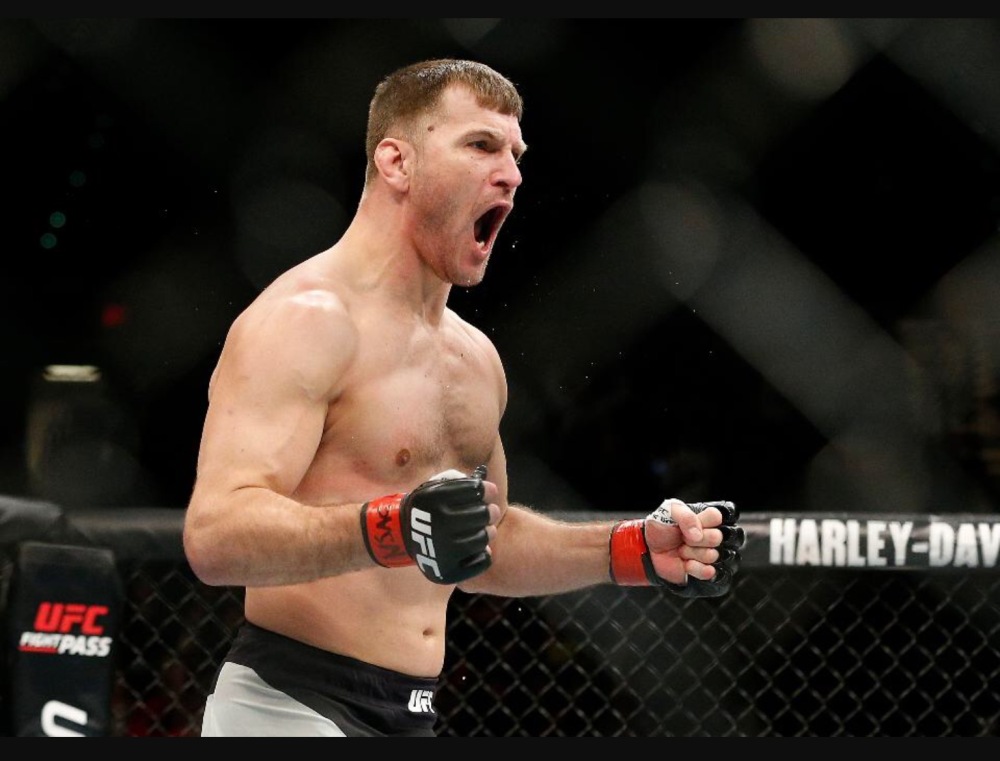 What an amazing 12 months it’s been for the UFC’s heavyweight champion. After beginning 2016 with a 54 second dismantling of veteran Andre Arlovski, Miocic went on to face champion Fabricio Werdum at UFC 198 in Curitiba Brazil. Despite being a heavy Underdog, and facing a raucous Brazilian crowd, Miocic was able to keep his composure, and capitalise on the over aggressive style of Werdum. The bout came to and end as Miocic retreated from a flurry of strikes, catching Werdum with a hard right hook, to earn him the heavyweight title, and a knockout of the year nomination.

The Ohio native made his first title defence in September at UFC 203, where he faced off with a resurgent Alistair Overeem. The former Pride FC champion was himself coming off consecutive KO victories over Arlovski and Junior Dos Santos, and was highly tipped coming into the fight. But Miocic would not be denied in front of his home crowd. After surviving an early knockdown and attempted guillotine choke, Miocic managed to recover his wits. Chasing down the challenger and taking him to the mat, where he was able to finish him with a vicious ground and pound flurry. Make that three fights, with three first round knockouts. 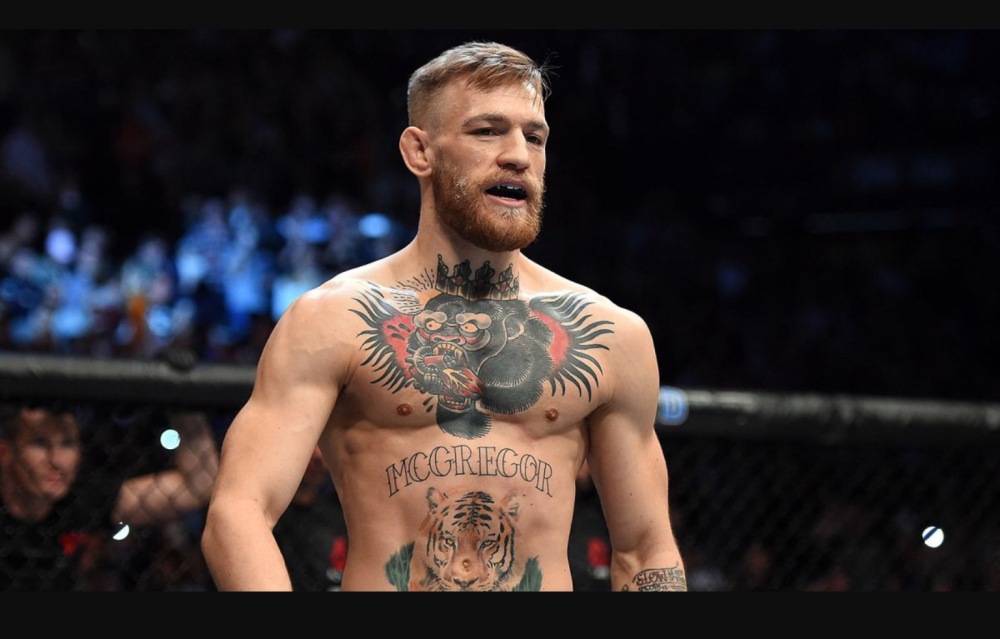 Despite his loss to Nate Diaz at the beginning of the year, it was impossible to keep ‘The Notorious’ Conor McGregor out of this years top 3. With a fight of the year candidate coming from his victorious rematch with Diaz, McGregor proved once again why he is the UFC’s biggest star. It was an epic affair that saw McGregor dominate in the early rounds, punishing Diaz with heavy leg kicks and dropping him to the canvas with his deadly left hand. Say what you will about Diaz though, he’s as game as they come. Making a comeback in the 3rd round, the Stockton native pressured McGregor against the Cage, pushing him to within moments of being stopped. McGregor had learned his lesson however, pacing himself throughout the fight, absorbing the pressure of Diaz, and holding on to win a majority decision.

In November McGregor returned to action in what was to be one of the biggest MMA events of all time, as the UFC descended upon New York. Facing off with the lightweight champion Eddie Alvarez, McGregor became the first fighter to hold 2 UFC belts simultaneously, after knocking out ‘The Underground King’ in what was a dominant performance. While the brash Irishman will undoubtedly be missed during his time off, it’s safe to say he’s earned it after an epic 2016. 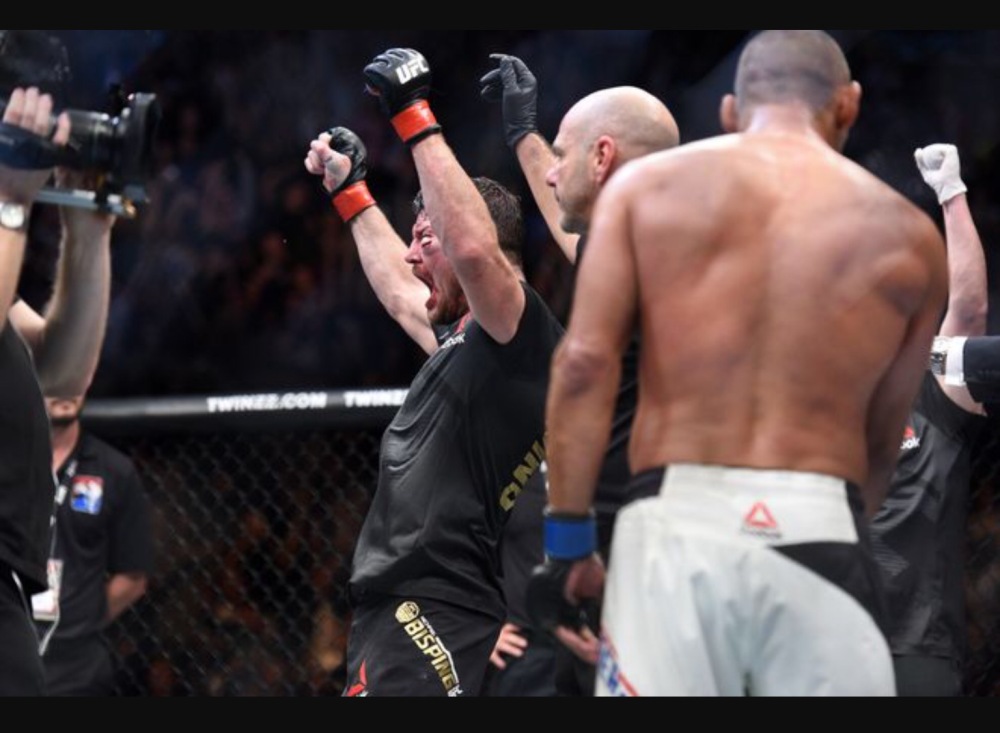 What Michael Bisping did in 2016 was nothing short of incredible. The 37 year old veteran, and long time contender, opened the year in spectacular fashion with a victory over legend, Anderson Silva. ‘The count’ knocked Silva down in the first round and outworked him throughout, surviving a perfectly timed knee and fifth round blitz to take the decision on all 3 judges scorecards.

His second win was even more impressive, stepping up on late notice to fight the in form champion, Luke Rockhold. While a massive underdog, Bisping was able to use his footwork to avoid the powerful kicks of an over confident Rockhold, landing a savage combination of strikes and knocking him flat in the first round. Against all odds the TUF season 3 champion had captured the 185Ib strap in what was the biggest upset of the year.

To cap off the year, the outspoken Brit avenged the most brutal loss of his career, over long time rival Dan Henderson. The pair met in Manchester England, in a closely fought fight that saw Bisping, who was knocked down twice, win by decision. While Bisping has never been the strongest, fastest, or most skilful fighter in the world, this middleweight title is a testament to his durability and never say die attitude in the cage. We look forward to his return in 2017.